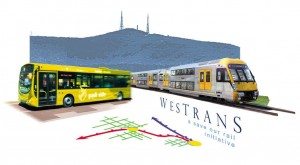 Save Our Rail NSW Inc launched its proposal for the concept of additional transport services in the Hunter Region on Friday 26th November at the Diggers Club, Wallsend.

A crucial first step in the process of gaining funding which would benefit the entire Hunter area is the formation of a HUNTER TRANSPORT AUTHORITY, which would be a key advisory body composed of qualified, experienced local people, but excluding transport operators, lobby groups
and property developers.

The HTA would have a community consultation role and be accountable to the local community. Funding for the setting up and operation of this body should take precedence over some current proposals, which may or may not provide real benefit to the Hunter community as a whole.

The HTA would be important in ensuring that funds generated in the Hunter would be invested back into this area; currently all such funding, including revenue from the coal industry goes to Sydney and the Hunter is forced to compete for its share in a complex political situation.

The launch of WesTrans was opened by Sonia Hornery, member for Wallsend, who supported the concept of improvements in transport in the outer suburbs of Newcastle and beyond. She stated:

WesTrans presented well researched alternatives to what is being offered to the Hunter. In branching out it has initiatives not just for inner Newcastle but transport improvements for
everybody in the Hunter. Hunter transport has been ignored for the whims of a few square blocks in the inner city.

An important consideration is the move to create a FREIGHT BY-PASS OF NEWCASTLE, already being considered with various options being put forward. SOR supports a freight line linking Thornton with Morisset.

The major components of WesTrans are the Western Education Link Line (WELL), “Clipper” buses, cycleways as a complement to other transport, increased frequency of rail services on Sydney to Newcastle and Hunter lines, and the re-introduction of passenger services to Cessnock and Toronto.

WELL would use existing, unused rail corridors to connect inner Newcastle educational facilities, TAFE and future city campus with the University of Newcastle Callaghan Campus, then go via Wallsend to Glendale, where it would service several high schools and Glendale TAFE. This would reduce the need to interchange.

“Clipper” buses would take a direct fast route to the centre of Newcastle, which would benefit commuters. It would complement the current all stops services which provide transport for mobility impaired passengers close to their homes.

Increased frequency throughout the entire Hunter could be achieved using TramTrains or similar light rail rolling stock running between current services. We aim for 10 to 15 minute frequency in Newcastle. This would boost public transport use and reduce congestion and parking problems.

SOR Secretary, Marilyn Eade said: Save Our Rail believes this proposal could be a catalyst for investment in infrastructure within the Hunter Region. We recognise that people make long
term decisions about where they will work and live based on current and planned infrastructure.

From the many options available WesTrans:

SOR President, Joan Dawson pointed to the needs that are not being met in the outer regions because of lack of trains. People wanting to attend theatre productions, evening TAFE or University lectures or late work commitments are forced to use cars because there are no trains back to Muswellbrook after 5.55 or Dungog after 5.30 p.m. Even those intending to come to the transport forum planned by the Newcastle Herald next Tuesday will have to drive.

She said: Provision of more frequency would enable people to use public transport rather than driving private cars and this would assist the NSW Government to reach the target it has set for 20% increase in public transport use for journeys to work. I believe that providing better transport services in the Hunter towns would increase property values. We believe the future for the Hunter Region will require an expanded rail system and this proposal could be the starting point for that to occur.