[SOR: updated 2014 with this new composite image of GPT’s plan with Google Earth] 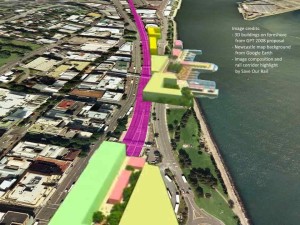 [SOR: original 2008 blog post follows] Look closely at these pictures taken from GPT’s recently released “virtual tour” of the Newcastle CBD. GPT demands that the rail line be cut at Wickham as described in their city vision masterplan by Civitas. Wharf Road is to be cut at Queen’s Wharf and open foreshore parkland is lost to four massive buildings. The remaining view from Hunter St / Scott St to the harbour will be gone. There’ll be a barrier, but it’s not the rail! 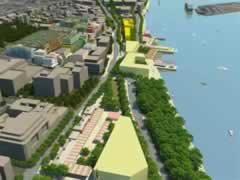 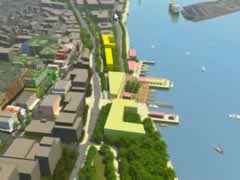